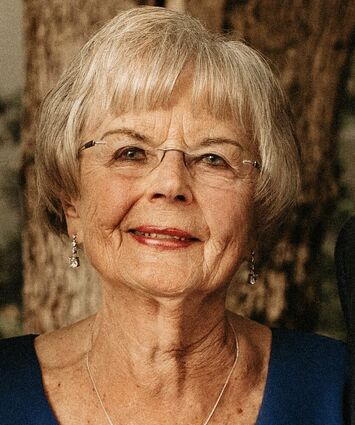 Bernice was born in Chicago, Illinois, the oldest daughter of Swedish immigrants, on Feb. 24, 1932. Her parents, the late Mildred Helga Peterson and Nels Gunnar Nelson, came to the United States in the 1920s. She had one brother, the late Bertil Nelson, who was her best friend.

Bernice excelled in school and worked part-time jobs simultaneously, graduating at the age of 16 from Chicago's South Shore High School in 1949. She attended secretarial school and also took classes at junior colleges. She worked various jobs throughout her life, including a 10-year position at World Concern.

Bernice and her late husband, Richard "Dick" Dreher, settled in Edmonds after marrying in September 1960. They had two sons, David and Douglas, who they raised in Sacramento, then Edmonds.

Bernice was a social butterfly and could often be seen buzzing around Edmonds getting lunch with friends, going to the gym, and walking down her beloved Sunset Avenue. For 50 years, she met weekly with a coffee group called "The BAG Ladies" at Chanterelle, and enjoyed watching Seahawks and Mariners games with friends. She also met weekly with friends to play card games and mahjong.

Bernice loved exploring new places, and traveled to Europe and around the United States many times. Bernice was an active and longtime volunteer in the Seattle Children's Hospital guild and her church.

A self-described "stubborn Swede," Bernice was determined, thoughtful (always writing thank-you notes), and quick-witted. Bernice said that her story "is one of continuous blessings and God-given miracles from start to finish." Her relationship with Christ remained a steadfast source of joy for her throughout her life.

Bernice was the matriarch of her family, and she went by "Farmor" to her grandchildren, which means "father's mother" in Swedish.

Bernice is also survived by her late brother Bertil's family, including her niece, nephew, and their families.

A Celebration of Life service for Bernice will be held Sunday, Jan. 29 at 2:30 p.m. at North Sound Church Center, 404 Bell St., Edmonds. In lieu of flowers, Bernice wishes anyone who is able to donate to the Seattle Children's Hospital.