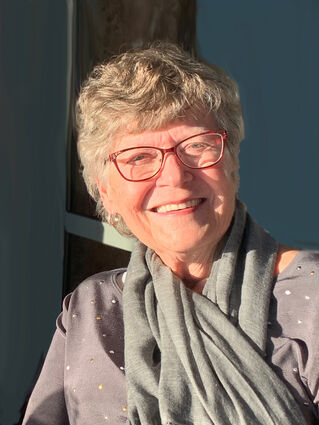 Born in Seattle on May 19, 1943, Barbara was the youngest daughter of Ralph and Estelle Rowse and sister of the late Mary Rogers. Barbara attended Edmonds High School (class of 1961) and went on to the University of Washington, earning a BA in 1965.

She returned to the UW to complete her master's in social work, which became the foundation of her career focused on serving others.

In 1971, Barbara reunited with a young man she knew from high school, Thomas Richard Buchmeier. The couple married on Aug. 21, 1971, in Edmonds.

Barbara's love for Tom was absolute. Throughout their 51 years of marriage, he was her soulmate and she was his. The couple never failed to put their love for one another above everything else. They set an example for generations to come.

Barbara and Tom raised two daughters, Bethany Lynn and Christine Marie, whom Barbara loved dearly. When she became a grandmother to Beth's children, Lauren, Katie and Emily, Barbara seemed complete. She adored her granddaughters, and worked hard to develop unique relationships with each of them.

In retirement, Barbara and Tom relocated from Bothell to Monument, Colorado, to be closer to family. In Monument, Barbara found her dream job working in "Treasure Stores," Hangers and Act II community thrift shops.

Barbara loved the holidays – and the special times spent with family. Even while fighting cancer, she worked for days making individual Easter baskets for each of her kids (and their spouses), her grandchildren, and each grand-dog or grand-cat – 18 total Easter baskets!

Services will be held at St Peter Catholic Church Chapel, Monument, Colorado, at 10 a.m. on Nov. 4, 2022. The family welcomes donations to the Leukemia and Lymphoma Society (www.LLS.org) in lieu of flowers.