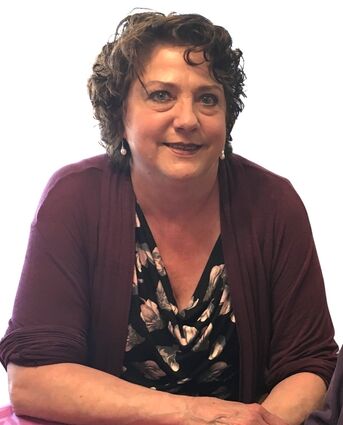 Carol Ann Kovach (Mottle) of Wenatchee passed away peacefully surrounded by loved ones on June 10. She is survived by her husband, Jim; their three children, Austin, Kirsten, and Madison; four grandchildren; and her siblings, JoAnn, Mark, MaryAnn, and Lucy. She is preceded in death by her mother, Mary; father, Joseph; and brothers, Paul and Neal.

Carol was born sixth of seven siblings on Nov. 10, 1961, in Seattle. She attended St. Anne's grade school and Holy Names Academy. During her high school years, she worked with her brothers at Bayview Manor, where their mother later resided, as well as the Cinerama Theater.

It was at the Cinerama where she met Jim, the love of her life. The two were married on Aug. 28, 1982. She went on to attend and graduate from Greenwood Beauty school in the Ballard/Phinney area, earning her cosmetology license soon after. She worked as a hair stylist at various salons in the Seattle area, where her talent, administrative skills, and kind nature earned her a role as salon manager.

In December 1989, Carol and Jim welcomed their son, Austin, followed by Kirsten (1991) and Madison (1995). In 2000, the family moved to Wenatchee, where Jim took the position of band director at Wenatchee High School.

A woman of many artistic passions, Carol had many creative hobbies throughout her life. She loved making cards and stationery, stamping, sewing, and in recent years took up paint-by-numbers, which she loved to gift to friends and proudly displayed around her home. She soon became skilled enough to begin mixing her own colors and gently "correcting" some of the palette choices in the instructions.

After moving to Wenatchee, Carol quickly grew to love the local community, joining the Mothers of Preschoolers (MOPS) group and volunteering her time with preschools, grade schools, and the Wenatchee High School band (in which all three of her children participated).

She helped organize the Wenatchee Craft Bazaar for many years, and helped chaperone the band on their many trips, all while maintaining her private practice as a hair stylist at The Visible Difference Salon.

Through all of these connections, Carol came to make many lifelong friendships in the valley, which blossomed into camping trips, dinner parties, plus an invaluable and supportive network of family and friends. Her family is and continues to be enriched by these beautiful connections. When the time came to focus on her health, it was very difficult for Carol to step away from friends and clients whom she cared for so much.

She was known to bring and keep people together. Carol was always known as the party planner. In that spirit, a party has been planned to celebrate her life. Please come to 3998 Luebber Lane, Malaga (outside Wenatchee) Sunday, July 31, from 2-5 p.m., and join us in celebrating Carol's memory.