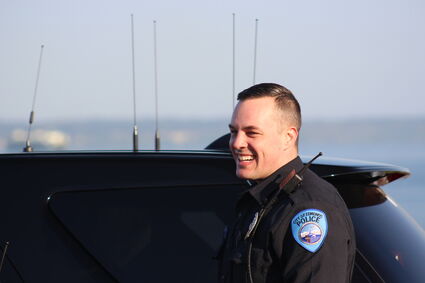 Bev Eckmann felt she had to stop by the Edmonds Police station Monday for a news conference on the death of Officer Tyler Steffins, stabbed Saturday while off-duty in Las Vegas.

"He stopped by our neighborhood, as officers do on a regular basis," she said, tears in her eyes.

"And we just love him. My son-in-law told me about it. Any kind of police activity, he tells me about it. He's a K-9 officer at the Port of Seattle."

Steffins, 33, was attacked by a man armed with a knife, according to the Las Vegas Metro Police Department. Steffins was taken to the University Medical Center, where he d...