Secure your load: Police searching for driver in fatal accident 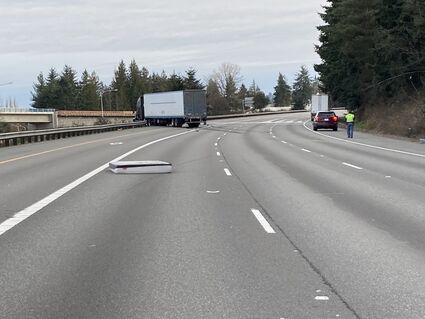 An improperly secured mattress led to the death of a 20-year-old Edmonds woman on Interstate 5 in Mountlake Terrace.

A 20-year-old Edmonds woman was killed March 12 on Interstate 5 in a collision after she swerved to avoid a mattress in the roadway and lost control of her 2004 Nissan Maxima.

The woman was identified as Yohana M. Ayele.

According to the WSP's Jacob Kennett, Ayele was northbound on I-5 near the 220th Street SW exit in Mountlake Terrace when she crossed a lane and struck another vehicle. Both vehicles landed in the grassy median.

Both vehicle drivers were wearing seatbelts. The person in the other vehicle, Harpeet Singh of Surrey, British Columbia, was not injured, Kennett said.