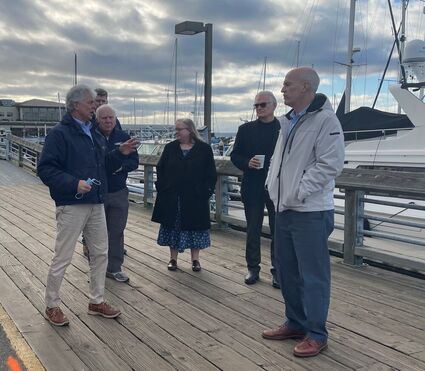 Why did Rep. Rick Larsen (D-Everett), who represents the large U.S. 2nd Congressional District, recently pay a visit to Edmonds?

It's a bit confusing, as Edmonds is currently represented by Rep. Pramila Jayapal in the state's 7th Congressional District.

But not for long.

The Washington State Legislature adopted final Congressional and Legislative maps on Feb. 8, and all of Edmonds will join a large swath of the state Larsen represents.

According to state law, the new districts will be in place in time for the elections this year. Edmonds will remain in the 2nd Congressional District until a...