Send in your photos and memories 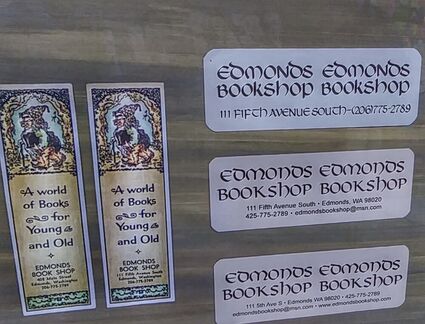 Edmonds Bookshop bookmarks through the ages.

Edmonds is lucky to have a bookstore in town.

And the Edmonds Bookshop is going all out to celebrate its golden anniversary this year. While the official date of the store's opening is a matter of some speculation, according to the store, it has declared Saturday, March 5, its 50th anniversary.

There will be cake. Giveaways. A prize for wearing your Edmonds Bookshop T-shirt!

There will be some history, along with photos of the store's 50 years, which actually opened way back when at 408 Main St., now home to ARTspot.

The bookshop is asking customers to share memories and photos.