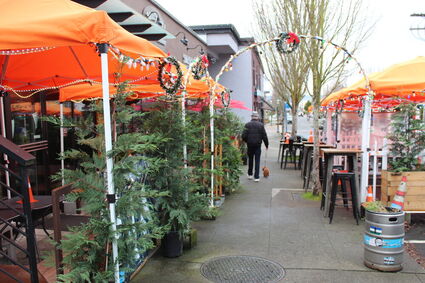 The streatery, at right, at Salish Sea Brewing Company on Dayton Street.

"Our outdoor dining streateries program has been a resounding success keeping our community safe and our local economy thriving during the pandemic.

"Thanks to the actions of select councilmembers last night, our city now has the shameful distinction of charging restaurants the highest permit fee in the nation.

"Our small businesses that were hurt the most will now need to pay the most. This action will have a crippling impact to our downtown."