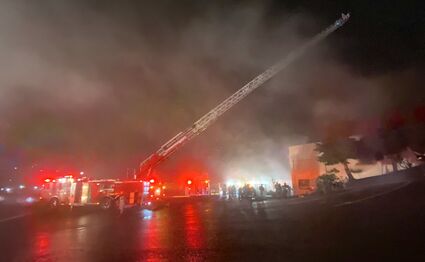 No one was injured in a fire that caused more than $200,000 damage to a commercial building in Edmonds early Wednesday, Dec. 8.

A passerby called 911 at 1:55 a.m. to report black smoke and flames coming from a large building at 220th Street SW and Highway 99 that previously housed the Family Fun Center.

The building was undergoing interior demolition to be remodeled for use as a church, said South County Fire spokesperson Leslie Hynes.

Fire crews received assistance from the Shoreline Fire Department. At the peak of the fire, about 50 firefighters were on scene.

Due to excessive heat and...