Winery plans to open at 201 Main St. in mid-October 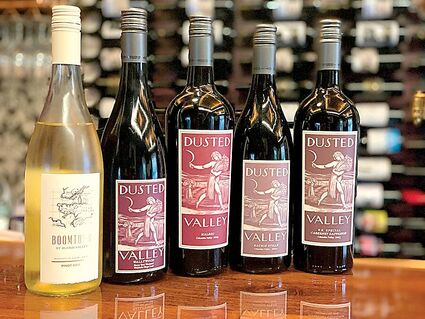 There are several breweries and numerous drinking spots in town where you can down a frothy beer from the tap or sample a flight of beers.

Wine, of course, is abundant, but Edmonds hasn't been home to a wine-tasting room. Now, there are two coming, and both will no doubt be part of upcoming Edmonds Wine Walks.

Less than a month after The Beacon reported that Richmond Beach-based Virtue Cellars plans to open a room at Main Street Commons next year, there's word of another.

Dusted Valley, based in the wine-centric Walla Walla Valley, announced that it plans to open a tasting room next month i...