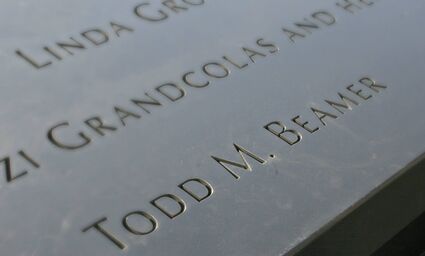 From 2014: The World Trade Center memorial in New York.

Last week, The Beacon wrote about Maynard Atik, an Edmonds man and Brooklyn native who shared his experiences of Sept. 11, 2001.

He lost a friend in the terrorist attacks, and later assisted those seeking help near Ground Zero.

We asked readers to share their own experiences of that terrible day in advance of the 20th anniversary of the attacks.

Running for the human spirit