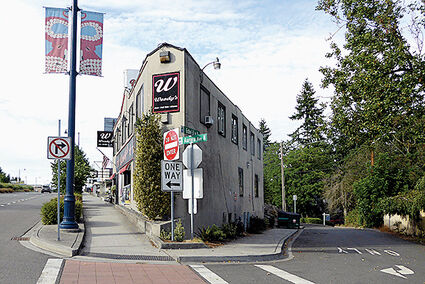 Did you know 84th Avenue West to Five Corners and east to Edmonds-Woodway was originally part of what was called "Trunk Road"?

Stick with me. We'll get to that.

It was on a Monday in 1922 – May 29 in fact – when Herbert "Andy" Anderson drove with his friend Elias Gillette from Seattle to Leavenworth. The next day they returned to Seattle via the Great Northern Railway.

We don't know for certain why they took the trip, but we do have a guess: Elias Gillette was taking a car to his sister and her husband in Leavenworth, where Archie Hetherington was stationed as a locomotive engineer.