Edmonds journalist was among those targeted by neo-Nazi group 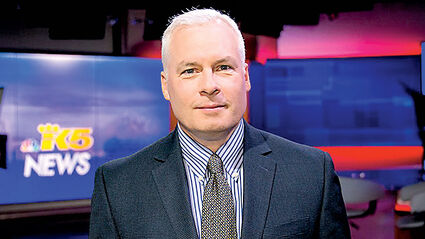 Cameron Shea, 25, a leader of the neo-Nazi group Atomwaffen Division, on Tuesday was sentenced to three years in prison for federal conspiracy and hate crime charges for threatening journalists and advocates who worked to expose anti-Semitism.

Chris Ingalls of KING-5, an Edmonds resident, was one of those targeted.

The sentencing came in the U.S. District Court for the Western District of Washington in Seattle.

Ingalls learned of the threats in late January 2020 when called into the United States Attorney's Office, where he was met by the assistant U.S. attorney and two FBI agents.