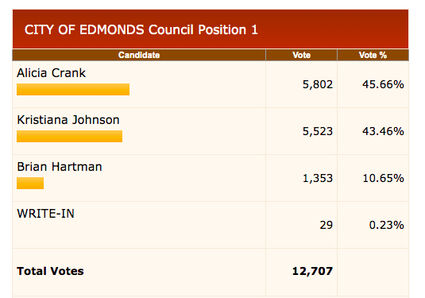 Although both will advance to the general election Nov. 3, Alicia Crank has now overtaken incumbent Kristiana Johnson for City Council Position 1 as the latest election numbers have been released.

In the Position 2 primary, Janelle Cass remains in the lead, with Will Chen coming in second. Both would advance if the numbers hold up.