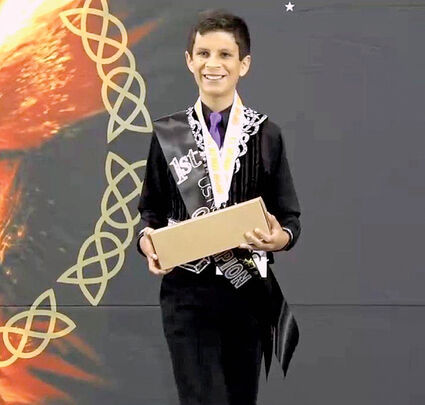 The Carroll-Henderson School of Irish Dancing in Edmonds has announced that one of its dancers, Eli Munoz, placed first in the preliminary level and 16th in the overall championship at the U.S. National Irish Dance Competition July 9 in Phoenix.

Munoz, 12 and from Mukilteo, has been dancing with the Carroll-Henderson School for almost five years. He has previously qualified for the world championships of Irish dancing, which have been put on hold due to the pandemic.

This was his first major competition since the outbreak of the pandemic.

The championships had two sets of awards for each c...