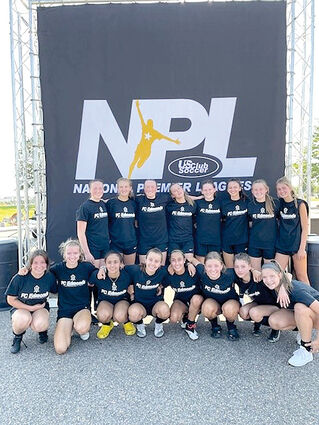 FCE G05 returned to US Club Soccer's National Tournament (the NPL Finals) for the second time in two years and finished as one of the top 5 teams in the country for their age group.

The team had dominating performances against their first two opponents, Texas & Minnesota and came up just one goal shy of entering the Final Four. The event was held in Commerce City, Colo.

"I am proud of all 16 girls that made the trip," said head coach John Lowdon. "I felt like we played some great soccer the whole tournament. I believe as a team we learned a lot about ourselves and will keep improving. I...