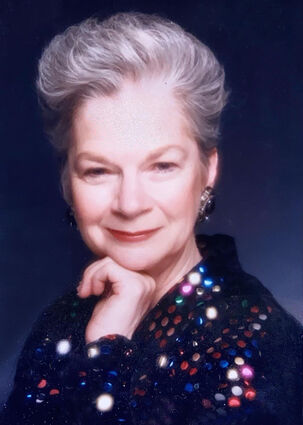 Anita was born on June 4, 1934, to Homer and Clara Davis on the family green bean

farm in Crabtree, Oregon. She had fond memories of growing up on the farm and

Anita attended a one-room schoolhouse, and then went on to graduate from Salem High School. Her first job out of school was as a legal secretary at a Salem law firm. She married in 1957, and in 1964 the family moved to Edmonds, where she lived for the next 57 years. By the mid-’60s, Anita was a single parent raising three children on her own while juggling work responsibilities. She became an invaluable member of the Edmonds law firm Williams, Strong, Thompson and Cole for many years, again as a legal secretary. In the 1980s, she moved to another part of the legal system, working as a court clerk for King County at Shoreline District Court until her retirement in 2000. In retirement, Anita discovered another passion – volunteering for AARP’s Fraud Fighters informing fellow seniors about scams to watch out for. She was also an active member of the Church of Christ (Iglesia ni Cristo).

about herself. She was admired by her grandkids for being a hip grandma who was

technology savvy for her generation, health-conscious, and provided non-judgmental

Anita passed away on June 28, 2021. She is survived by three children: Kevin Rodgers,

She was preceded in death by her father Homer Blinn Davis, mother Clara May Davis

A private graveside service was held on July 2 at Beck’s Restlawn Memorial Park. A

In lieu of flowers, donations can be made to the National Leiomyosarcoma Foundation at https://nlmsf.org/donate/.