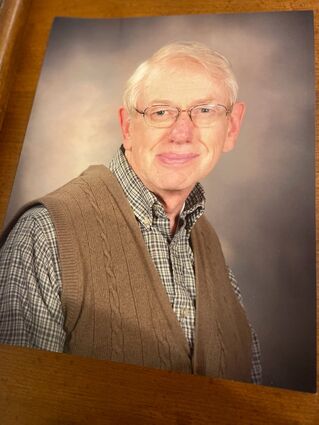 Warren Eugene Bradbury passed away Tuesday, May 25, 2021, at Providence Mt. St. Vincent, West Seattle. He was born in Yakima on March 27, 1938, to Loren (“Brad”) and Dorothy Bradbury, spending his first few years on the family fruit ranch.

The family left the ranch in 1945 and moved to north Seattle, near maternal grandparents, and to Edmonds in 1947, when Warren was 9. At age 83, he still couldn’t imagine anyone moving away from Edmonds.

From an early age, Warren wanted to work with his father, and as a teenager began part-time work in the family business, Bradbury’s TV Sales and Service.

A 1956 Edmonds High School graduate, he attended Everett Jr. College, graduated from the U of W with a degree in business, and devoted himself to the family store. Upon his father’s retirement, Warren ran Bradbury’s TV Sales and Service until his own retirement.

Warren had a positive outlook and a sense of humor to the end of his life, even when he was in pain, which was often. Warren balanced his checkbook to the penny, paid bills the day after they arrived, grocery shopped from an organized list, and always knew where his keys were.

A member of Edmonds Rotary for decades, Warren totally honored the Rotary creed of “Service above Self.” For many years, he chaired his club’s scholarship committee. He volunteered for multiple shifts at every Rotary event for as long as he was able and helped with other charity events.

He believed in the Rotary emphasis on Truth, Fairness, Good Will and Friendship – attributes which came naturally to him. He was gentle, unselfish, patient, a mentor, a confidante. He made the best of every situation. Warren was a longtime member of Edmonds United Methodist Church.

Warren is survived by his sister, Joanne Bradbury Peterson of Shoreline, forever awed by his courage and goodness. He also is survived by his nephew, Brad Peterson of Rathdrum, Idaho (wife Debra and daughter Annika); niece Lisa Tirnauer of West Seattle (husband Eric and children Adam and Abby); and by several cousins, dear neighbors and friends, and his sweet cat China. He will be deeply missed.

Warren requested no formal service. Donations may be made in his name to Edmonds Rotary Club Scholarships or to PAWS, Lynnwood. The family will gather later to celebrate Warren’s life. Beck’s Funeral Home is in charge of arrangements.