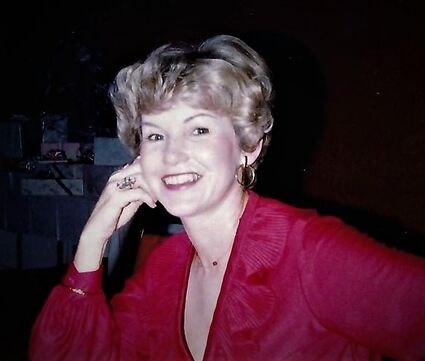 We lost our beloved mother and grandmother Norma Lamson on Oct. 12, 2020, at age 87. She was born Norma Claire Whitney on May 30, 1933, in Montesano, Wash., to Vinal and Ruth Whitney. She was the youngest of five children, along with her twin sister Nancy. Her other siblings were Berta, Margie, and Vinal (J.R.)

Norma spent most of her childhood in Montesano, then went off to college, attending Whitman, the University of Washington, and University of Puget Sound. At UPS, she met and fell in love with Jerry Johnson. They married in 1951 and lived in North Seattle, where they raised three children, Debbie, Gregg, and Lynn. After 10 years of marriage, she and Jerry divorced.

While raising her children Norma worked for Seattle Trust and Savings Bank (now KeyBank) and J.C. Penney. She also worked at Edmonds Community College prior to retirement. She met and married Howard Lamson in 1965.

Norma's life-time passion was music. She sang in the church choir for over 50 years and also played the piano, accompanying numerous children and adult choirs.

Norma was a longtime member of Edmonds United Methodist Church, where she sang in the choir and was a lay pastor, visiting members who were homebound.

Norma's second husband, Howard, passed in 2009 after a long battle with COPD. They were married for 44 years. She moved into Wesley Terrace in Des Moines, Wash., in October 2015. She loved living there with her sister Nancy and brother-in-law Roger, who were so attentive to her. After a stroke in 2016, she was transferred to the Wesley Health Center, where she resided until her passing.

Norma is survived by her three children, 10 grandchildren and six great-grandchildren, as well as her twin sister Nancy, sister Margie, and brother-in-laws Roger and Cliff.

Because of the pandemic, her family is having a family service in Olympia, at our cabin on Mud Bay, one of her favorite places in the world.