Back on: July 4 parade, fireworks depend on community support 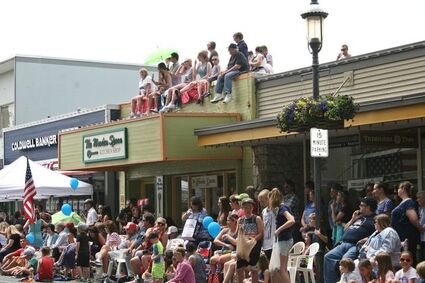 Spectators gather for the Edmonds Kind of Fourth parade in 2019.

Three weeks after the Edmonds Chamber of Commerce announced the July 4 parade and fireworks show would be canceled for the second year, it appears the festivities are back on for next month.

But the chamber needs help.

"The chamber is working tirelessly to make the 4th of July main parade and fireworks show happen," said chamber President and CEO Greg Urban, who added that both events are not guaranteed due to "many moving pieces still uncertain (that) must be confirmed."

He said both reduced staff and planning time factored in the decision to cancel the main parade and fireworks...