Jim Lawless: 'Maybe it was just time to move on' 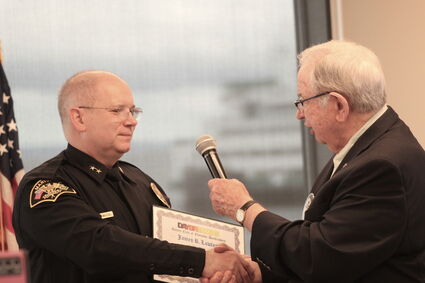 When Edmonds Daybreakers Rotary founding member Jim Blossey motioned former Acting Police Chief JIm Lawless to step up to the mic at the Edmonds Waterfront Center Tuesday morning, he asked him to "come up here and be embarrassed with us."

"That's already happened," Lawless quipped on his way up.

Lawless was on hand as the Rotary Club honored him with the Paul Harris Fellow and the 2020 Professional of the Year awards. Harris founded Rotary International in 1905.

The club also celebrated its 25th anniversary on the second floor of the new senior/community center. It was the first public even...