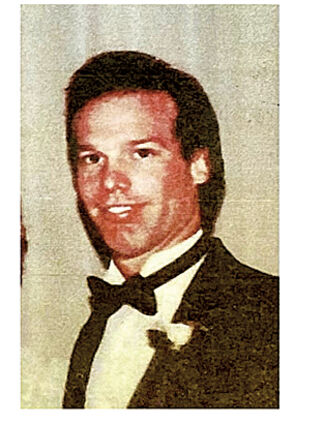 Greg was born on Sept. 3, 1953, in Walla Walla, Washington. He died suddenly on February 12, 2021, at this home in Hollywood, California. He attended elementary schools in Cheney, Washington, and New York City before moving with his parents – Wayne and Laura Hall and brother, Michael – to Edmonds.

Greg attended Edmonds Junior High School, where he received the "Boy of the Year" award and lettered in football and wrestling. He loved sports, and also lettered in these two sports at Edmonds High School.

At Washington State University, he was a member of the Alpha Tau Omega fraternity. Upon graduation from WSU in 1976, he moved to Los Angeles, where he attended the Fashion Institute of Design, earning a graduate degree and winning the "Bob Mackie Design Award."

This began his 40-year career as a costume designer in the Hollywood movie industry. His first film was working for famed designer Jean-Pierre Dorleac on the Academy Award-nominated film "Somewhere In Time" with Christopher Reeve, Jane Seymour, and Christopher Plummer.

Greg was also fortunate enough to work with many other famous actors during his long career, such as Chariton Heston, William Shatner, Barbie Benton, Gil Gerard, Kurt Russell and Goldie Hawn, John Candy, and Richard Pryor. The IMDB listing of the films Greg has worked on is quite extensive.

Some of his favorite memories were spending Thanksgiving dinner at Elizabeth Taylor's house as one of the family, and flying to the California State Capitol Building with then-Gov. Arnold Schwarzenegger, and a return flight home in Warren Buffet's private plane. Greg became a life-long friend with Arnold Schwarzenegger as Arnold’s personal costumer for most of his major films, including the “Terminator” films. Greg was very talented and passionate about this work, being quick to lend a hand. His friendly smile, sense of humor and deeds of kindness will be missed.

Greg is survived by his wife, Otilia, his mother, Laura, brother, Michael, and many close nieces, nephews and cousins. His father, Charles Wayne Hall died in 1979. A celebration of Greg’s life will be announced at a later date.