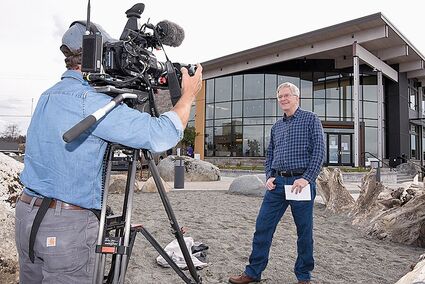 The new Edmonds Waterfront Center will have a virtual opening noon-1 p.m.the public is invited.

The event, on Zoom, will include the world premiere of a Rick Steves tour video and a panel discussion emceed by board chair and former Mayor Gary Haakenson.

Participants can order lunch from the Waterfront Center's Potlatch Bistro and pick it up on t...