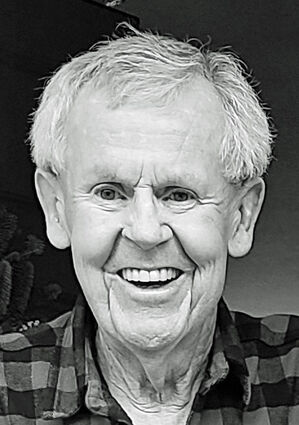 Bill was born in March 1940 to Bill and Mabel in Tacoma, and passed away at his home on Feb. 6, 2021. First in his family to attend college, Bill graduated from Washington State University in 1962.

He joined the Coast Guard Reserve for a start, and then held his first job with Pacific National Bank of Seattle, where he met his wife, Ruth Landstrom. Bill's next career move was to join Dean Witter as a stockbroker in 1966. He remained with the firm as vice president until his retirement in 2000.

Bill had a full and active life filled with two boys, family relatives, friends, travel, and the pursuit of charitable and philanthropic interests. Washington D.C., was a favorite travel destination for Bill and Ruth, touring Smithsonian exhibits and visiting Bill and Christine and their children, Eliza and Carter

On their many European bicycle tours they often met up with John and Val at various destinations. In 2006, we had the hardship of losing our older son, Bill. Bill was a member of Woodway Town Council, on the Board of Education for WSU Foundation, Lutheran Community Council, and involved with the Foundation for Edmonds School District.

An enthusiastic community activist, Bill's most recent passion was low-income housing, which is in high demand. A committee at Edmonds Lutheran Church is developing plans to use a portion of the church property for affordable housing.

The project is call Hosing Hope, and would give vulnerable people a safe and stable place to live. Monetary contributions are needed to bring this dream to fruition. If you wish to make a donation in Bill Anderson's memory for Housing Hope, please send to Edmonds Lutheran Church, 23525 84th Ave. W, Edmonds, WA 98026.

A celebration of life will be held later this summer.