Legalize it: Rick Steves is in a position of power as chair of national marijuana reform group 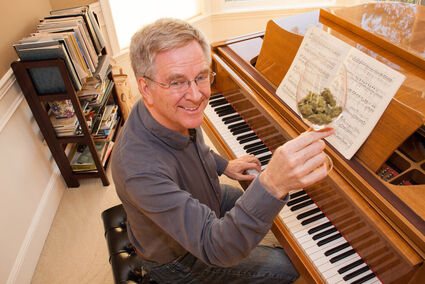 Rick Steves at home in Edmonds: "Historically, you take down a prohibition one state at a time."

This is the first of a two-part series on Rick Steves and his efforts to legalize marijuana for adult recreational use nationwide.

Those who know Rick Steves as the affable travel show host on PBS may be surprised to learn of his recent election as chair of the board of directors for the National Organization for the Reform of Marijuana Laws – known by the acronym NORML.

But others know that Steves, a member of NORML's board for 18 years, has barnstormed across the country for years as an activist in support of the group's dogged and mostly effective fight for the legalization of the adul...

The weed filled wine glass in your photo. Priceless.