A seal and two orcas | Through Your Lens 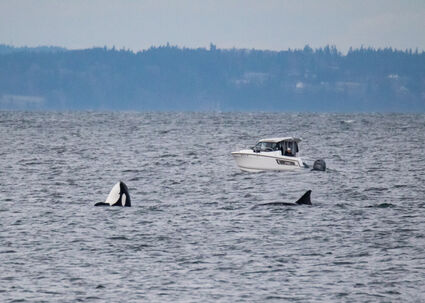 "I was at the pier Friday afternoon and there was this little seal on the beach next to the walkway. While I was watching it, I looked up and, just off of the pier, I spotted orcas! Confirmed IDs are transient orcas T087 (male) and T124A2s (the females and young ones).

"They were hunting, then started traveling south a little bit later."