Marko Liias: 'An act of domestic terrorism incited by the president' 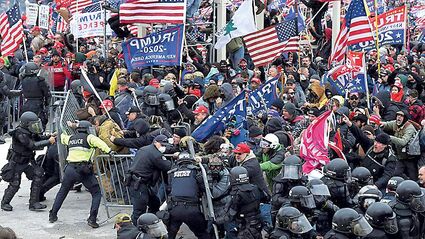 Police battle rioters at the U.S. Capitol on Jan. 6.

With the riots at the Capitol in Washington, D.C., and Olympia, as well as calls for the impeachment of President Donald Trump, dominating headlines – which on Jan. 13 resulted in the U.S. House of Representatives voting to impeach the president for the second time – the Beacon reached out to state representatives serving Edmonds for statements.

Gov. Jay Inslee and U.S. Reps. Maria Cantwell and Patty Murray – all Democrats – have already condemned the president and asked for his impeachment under the 25th Amendment.

Their comments are included after the following local statements.