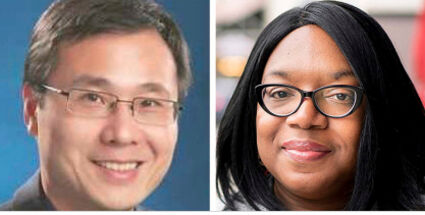 Will Chen and Alicia Crank

There are three Edmonds City Council positions up for election this year, and two residents have filed applications with the Public Disclosure Commission: Alicia Crank and Will Chen.

Crank and Chen had both sought the position Distelhorst won in January...