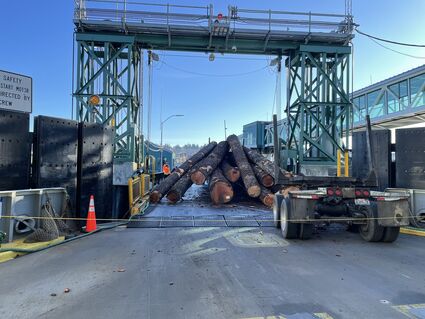 A truck lost its logs at the Edmonds ferry dock Monday, Dec. 28.

The route is temporarily out of service until the Edmonds terminal is cleared for resumption of both vessels to operate.

There are still vehicles on the ferry waiting to depart, said WSF spokesman Ian Sterling.

There were no injuries, he added.