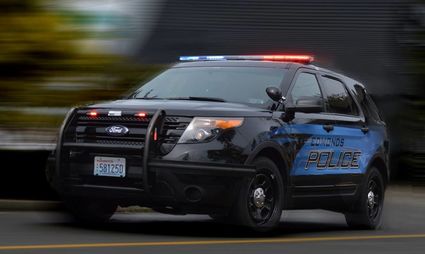 Mayor Mike Nelson said he will be looking for stricter gun controls after a 5-year-old Edmonds girl was wounded in an apparent unintentional shooting in an Edmonds home.

Just before 2:30 p.m. Friday, Nov. 6, officers responded to a report of the shooting inside a residence in the 18900 block of 86th Place West near Seaview Elementary School. According to Police Sgt. Josh McClure, a 36-year-old man was "manipulating a handgun when it discharged."

The round went through a wall and struck the 5-year old girl in the arm. She was treated at the scene and taken to Harborview Medical Center in Seattle for further evaluation. She was released a short time later after receiving treatment.

The shooter was the child's father, McClure said.

The child's mother and two other children were also in the home at the time. Officers found that the father had been wearing the handgun in a holster. He removed the handgun from the holster with the intent of securing it in a safe when the round was fired, McClure said.

Officers have referred a charge of unlawful discharge of a firearm (EMC 5.24.030) to the Edmonds City prosecutor's office for review.

"I am very saddened to hear of a 5-year-old girl shot by her father while he was unholstering his firearm at their Edmonds home," Nelson said in a statement. "This incident follows just a few short weeks after the tragic, armed, domestic violence case on Highway 99 that ended in a woman's death.

"I do not accept that accidents just happen, nor that domestic violence homicides are not preventable. Gun violence and harm are preventable and pose a clear and present danger to every community."

Nelson said he will be working with Acting Police Chief Jim Lawless on prevention strategies that the city can take to prevent gun violence.

"This will include community-based gun safety programs, disarming domestic violence abusers with such tools as extreme risk protection orders, and lobbying our state Legislature to mandate gun-safety training, as well as to enact legislation that would give local governments the authority to put stronger laws into place that better protect our communities."

Edmonds Police remind anyone handling a firearm to:

• Treat all firearms as if loaded at ALL times.

• Always keep your finger off the trigger until necessary to shoot.

• Always keep the firearm pointed in a safe direction.

• Know your target and what is beyond.