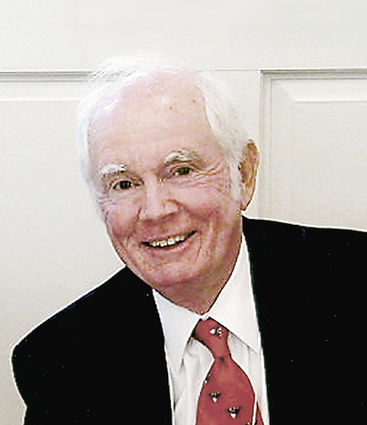 George Everett passed away at home in Mountlake Terrace on Sept. 24, 2020. He recently celebrated his 90th trip around the sun, as he would say if someone asked about his age.

He is survived by his daughters Allison (Ken) and Marianne (Steve); sons Steve (Christy), Paul, and Andy (Christine); grandchildren Donan (Jeremiah), Max, and Sam; and great-grandchildren Moira and Isaac. He is pre-deceased by his once-wife, Barbara.

George was born in Washington, D.C., graduating from the Coast Guard Academy in 1953 and from MIT in 1958. It was the Coast Guard that first brought him to Seattle, and when he moved away after leaving the service, he vowed to return one day.

After earning a degree in Electrical Engineering from MIT, he moved to Minnesota with his young family to work for General Mills, and later, Control Data Corporation. After retiring from Control Data, George fulfilled his dream of returning to the Seattle area when he moved to Edmonds in the summer of 1991.

He enjoyed reading, watching movies, and acting (in addition to community theater, he appeared in several plays at the Guthrie in Minneapolis). He especially enjoyed walking in Edmonds (staying as close to the water as possible), where he regularly stopped to chat with new friends he met along the way.

George was loved by many and will be deeply missed. A service will be held at a later date; details will be posted on the Beck's Funeral Home website.