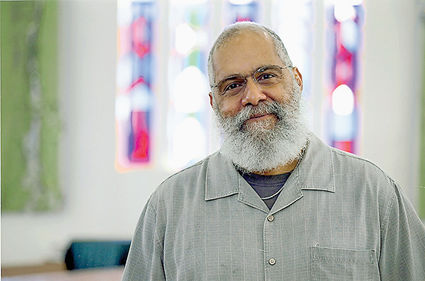 Dr. Valle later moved to the United States to pursue a Master of Science in Education from the University of Southern California in Los Angeles, California.

After completing his master's, Dr. Valle returned to Brasil and worked in numerous educational roles, most significantly as a teacher at Escola Americana in Rio de Janeiro, where he met his second wife, Jane Pendergrass.

In 1991, Marcos and Jane moved to Eugene, Oregon, where Marcos started his Ph.D. at the University of Oregon. Marcos and Jane were married in 1995, and welcomed their first son, James Daniel Pendergrass Valle, in 1996.

Marcos completed his doctorate in 1998, and soon after moved to Edmonds, Washington, where he lived until his passing. Marcos and Jane welcomed their second child, Marc-Anthony Pendergrass Valle, in 2000 – the last of four beautiful boys to carry on Dr. Valle's legacy of love.

Dr. Marcos Valle was a pillar in all of the communities he impacted. As an ESL professor at Edmonds College, he served on many committees, most notably as a co-chair of the ESL department, and served as an incredible educator for hundreds of students over his 22-year tenure at Edmonds College.

As a member of St. Hilda St. Patrick's Episcopal Church, he was a core member of the parish and served on multiple committees, where he wrote prayers, dealt with finances, and served as an alter hand many Sundays.

The value that Dr. Valle brought to every facet of his life was immeasurable – not only because of his diligence, work ethic, and profound intelligence, but because of his charisma, personality, and boundless love for those he came in contact with.

He will be remembered most for his booming baritone laugh, his gentle, caring eyes, and his ability to make those around him feel loved.

However, even with his numerous accomplishments across multiple communities, his proudest accomplishment was his job as a father. The joy that being a father brought to Marcos was unmatched – and he made it very clear to everyone in his life how important his family was to him.

There are many words one could use to describe the man Dr. Marcos Valle was – yet few of them do justice. Above all else, Marcos represented one thing: Abundant Love.

Marcos is preceded in death by his parents, Myrthes and Rosalvo, and his legacy is carried by his wife, Jane; his brothers, Rogerio and Renato; his sister, Cida; his sons, Thiago, Daniel, JamesDaniel, and Marc-Anthony; and his grandchildren, Collin, Imani, and Thiago.