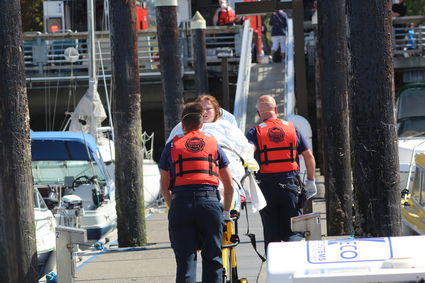 A 19-foot aluminum boat sank about 400 yards offshore from Offleash Area Edmonds dog park Monday, Sept. 7, but all aboard were rescued.

According to South County Fire spokeswoman Leslie Hynes, firefighters and EMTs were dispatched around 1:15 p.m. for a report of a capsized boat. Five adults – three women and two men – were rescued, along with two small dogs.

All five people were wearing lifejacke...