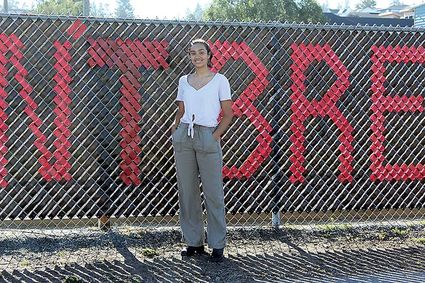 Christabel Jamison created the "On the Fence" artwork on Sixth Avenue North.

The charges come after last month's decision by the Snohomish County Prosecutor's Office not to file a hate crime charge against the 69-year-old man, which the Edmonds Police pushed for.

The office referred the case bac...