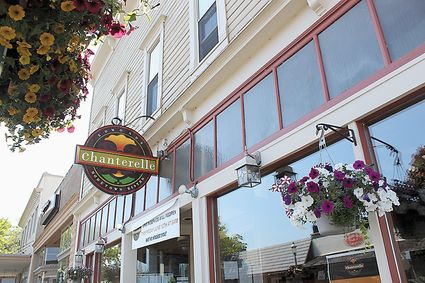 Chanterelle was one of at least three restaurants to close temporarily due to COVID-19 concerns.

Chanterelle said it believes the possible exposure was during the morning of July 18.

"Out of an abundance of caution, we have made the difficult decision to close tomorrow (July 31) through Monday, Aug. 3, to give each of our staff members time to get tested while we sanitize and deep clean our entire facility," Chanterelle wrote on its Facebook page last week.

"Since the (Phase 2) reopen, we've established procedures for this very scenario, and we look forward to welcoming you back as soon as we have thoroughly cleaned the vicinity and can do so safely."

On Tuesday, Aug. 4, Chanterelle reported that, "We're hoping to at least have takeout going by this weekend, and we'll go from there."

On Wednesday, Aug. 5, Shubert Ho – who co-owns Salt & Iron – said the restaurant opened Wednesday night and would be back to all-day service as people receive their tests.

Last week, Salt & Iron received news that a confirmed case of COVID-19 had come through the facility. The date of exposure was July 28. Ho said the circumstances of exposure did not require him to close according to the guidance of the Snohomish Health Department, but he said he did so to protect staff, guests, and members of our community.

"The general public has nothing to be concerned about moving forward, as our policies in sanitation and protective coverings has surely contained any major spread," Ho said.

Ho said he believes the risk of exposure to guests was minimal, as the person did not pass through the dining room, combined with "our stringent use of face coverings, frequent hand washing, frequent changing of gloves, and sanitation routines in both the front and back of house."

Ho said the building was cleaned and sanitized by a professional service, and that employees would not return to work until either a negative test result was given or they had undergone a two-week self-quarantine.

"It was a great learning experience," Ho said, "and only reinforces that the science behind slowing the spread of the virus is working."

Said SanKai owner Ryu Nakano reopened his restaurant Monday, Aug. 3, after being closed for a week. He said no employees had tested positive.

Nakano said SanKai closed because Salt & Iron might have had a possible exposure, and SanKai shares common space with them. (Both are affiliated with FeedMe Hospitality and Restaurant Group.)

"So we decided to take precautionary measures and have everyone tested," he said. "We at SanKai did not have any suspicious cases."

Nakano said SanKai had its building cleaned and sanitized by a professional service.

Two other closures, one permanent

Gravity Bar, which Elyssa Boyd and Heather Hansen opened on Fifth Avenue South in May 2018, closed in July.

Pancake Haus is also closed, but only temporarily.

"We have made the difficult decision to shut down for the month of August or until such time that it makes sense to reopen," Pancake Haus wrote on its Facebook page. "Governor Inslee's new rules make it even harder to thrive and carry on.

"We also don't want to put our crew in the position to have to police this. This is only a temporary situation, and as soon as it makes sense we will be back. Please be patient, we understand this may be disappointing to many of you and trust it wasn't an easy decision."