Would George Floyd have wanted more violence? | Letter to the Editor 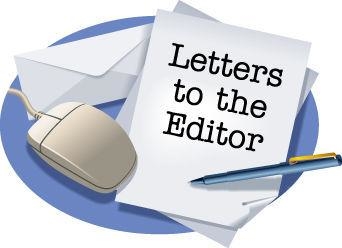 Editor's note: The following is from Iris Brown, a 15-year-old at Edmonds-Woodway High School.

This morning, I watched a video of a man having the life choked out of him by a racist white police officer.

The scene was horrific, something I did not think even happened anymore. I sat there, not wanting to see any more. My parents then showed me the protests in "honor" of George Floyd. Looting stores, burning buildings to the ground, and even injuring disabled storeowners.

Is this what George Floyd would have wanted? More violence? How would Martin Luther King Jr. react if he were here today? People shouldn't use the word "protest" as an excuse to create more violence. The word "protest." Let's talk about what that means to me.

It means standing up for what's right, in a right way. It means peace, teamwork, unity. It means joining hands with the ones standing beside us, no matter their race, gender, sexuality, or political opinion. A protest doesn't have to be a big thing upfront; it can be what some may consider small.

But what matters is that it makes a big difference. Saying that violence is justified because it is "in honor" of someone still doesn't make it right. The policemen that did nothing while George Floyd begged for his life have no honor. The people setting buildings on fire and robbing stores have no honor.

It's the peaceful protestors that have earned their honor. Violence doesn't solve or justify violence. By protesting peacefully, you show that you are the bigger person. You show your strength in a different way. Those are the kinds of people I admire.

Martin Luther King Jr., Rosa Parks, and all those who have participated in peaceful protests. What do those criminals feel once they're done looting a store? Pride? Accomplishment? For what?

Not for a good cause, like they claim. No, all they're proud of is what stuff they managed to get. They care more about material possession than a human life. It was never about George Floyd for them. I know I'm not the only one who believes that this should be protested in a peaceful way, like how Martin Luther King Jr. would have wanted.

Frankly, relating protesters to looters in incorrect. The vast majority of protestors are not rioters or looters and are completely peaceful. There is no correct way to protest and we have no right to judge the pain of the Black community. Also, claiming to know what a deceased man would think is ignorant and insensitive, especially if you are not a member of the Black community.  Educate yourself:  https://www.gq-magazine.co.uk/politics/article/white-people-black-lives-matter