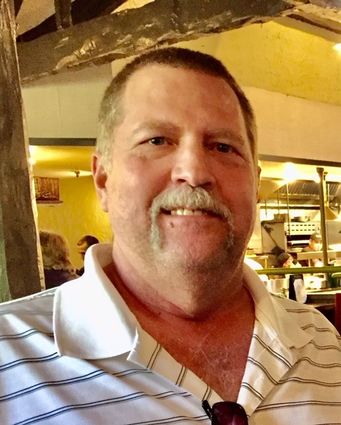 Steve was born in Orange, California, April 21, 1963, to Roger and Rosalie Fincher. He underwent ependymoma spine cancer surgery on March 4, 2020, and never regained his strength. He passed away in Tucson, AZ, on March 13, 2020.

Steve's parents moved to the Northwest in 1965 when Steve was 2 years old. At 4, they moved to the Seaview area of Edmonds. This was Steve's home. He went to Seaview Elementary, Meadowdale Junior High and Meadowdale High School. He also attended Edmonds United Methodist Church.

Family camping trips all over Washington and Oregon instilled a love of mountains, streams, beaches, lakes and rivers. Steve loved the outdoors. He never tired of the adventure of driving his truck down tiny dirt mountain roads. His outdoor interests led him to doing yard work at a young age and later tree cutting and removal.

He married Dana McDougal in 2002. They spent several years in Everett, where he did tree work. Next was a move to Carson City, NV, where he delivered lumber for Tum-a-Lum Lumber Co. And then a move to Umatilla, OR, where he drove big trucks for the Simplot Company. Last summer, they moved to Tucson, AZ.

Steve leaves behind his wife Dana, his parents Roger and Rosalie, his brother Scott, nieces Amanda and Abigail, and several aunts, uncles and cousins. His family loved him deeply. He will be missed by family and friends.