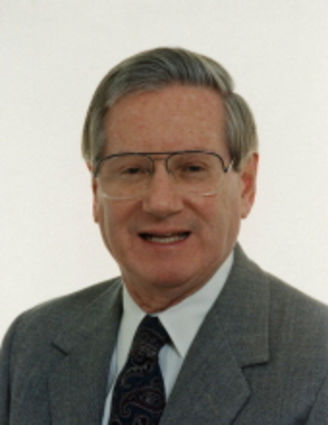 In 1965, Schaaf became a member of the Florsheim Shoe Company Board of Directors and Vice President and Director of Real Estate and Development for Florsheim stores in the US, Canada, Mexico and Australia.

In 1979, he was appointed Chief Operating Officer (COO) of the Florsheim Retail Division. He created an environment that made the individual employee feel important and motivated, and supported the Equity Partnership program that gave store managers a share of ownership in their stores.

With the arrival of new management, Schaaf took early retirement in 1986 and started his own business to serve as an outsource Real Estate Department for locating and leasing retail stores throughout the world.

During 64 years of marriage with his wife, Gail A. Rittersporn, the two of them traveled the world, going on unique hiking trips. He was also a talented tennis and table tennis player, achieving a #1 ranking in both sports in Illinois, 1945.

He leaves his wife, Gail, four daughters, eleven grandchildren, and two great-grandchildren – and a legacy of Faith, Hope and Love for his wife, family and many friends. He truly had a wonderful life!

We invite you to share your tributes to the family at: http://www.beckstributecenter.com