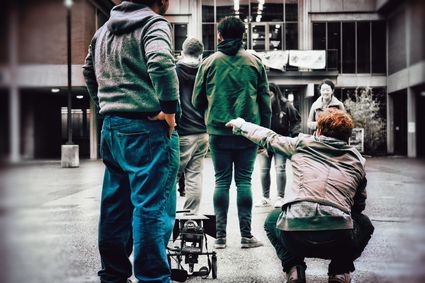 Tiehen and his first film, "The Green Room" – featured at the Las Vegas Global Film Fest – were featured in the Beacon in September.

Tiehen "Shaded" is a dramatic short film, written and directed by Neo King, that "visually depicts the metaphors and downfalls that come with loneliness and depression, showing how our perspective can 'shade' our reality."