They were captured east of Enunclaw 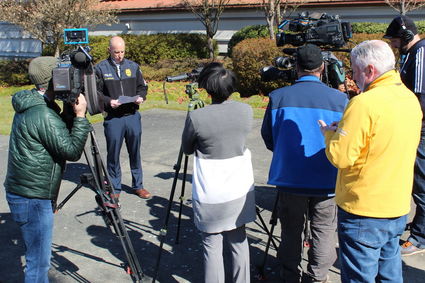 Edmonds Police Sgt. Josh McClure speaks to reporters Monday, March 16, about the capture of two persons of interest in an Edmonds murder.