Jessamyn McIntyre shows what it means to work hard 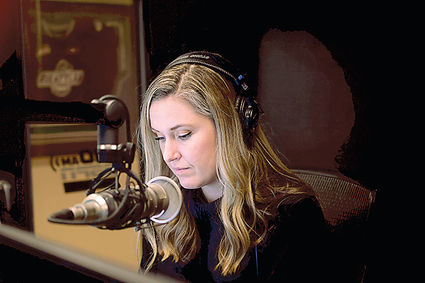 Jessamyn McIntyre, the executive producer at 710 ESPN Seattle, edits audio at her desk while in the studio for one of 710's shows. McIntyre said she works to advance her career and break the norms assigned to women in sports media.

Those who know Edmonds resident Jessamyn McIntyre, the executive producer at 710 ESPN Seattle, can see she's a hard worker. It's a work ethic her father traces to her childhood.

"She rode her bicycle when she was 4 years old," said Bob McIntyre. "She wouldn't let me help. She did it, no help, and she's been like that her whole life."

Being a football coach at both the high school and college level on New York's Long Island, McIntyre said he could have had a hand in advancing his daughter's career, but said Jessamyn was determined to achieve success on her own.