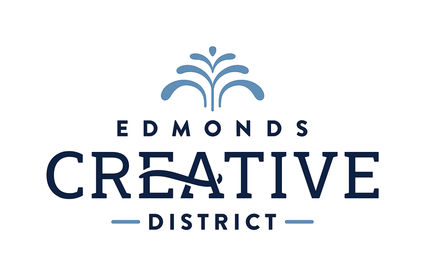 After Gov. Jay Inslee announced the designation of Washington's first certified Creative District in downtown Edmonds late in 2018, City staff, aided by a 19-member advisory committee, spent most of 2019 tackling the various issues facing a new organization and endeavor – perhaps the most visible of which is now being rolled out: a logo and slogan for the Edmonds Creative District.

The logo is both "inviting and playful," said Edmonds graphic designer Jeff Anderson, hired by the City to work with staff and committee members to create the...