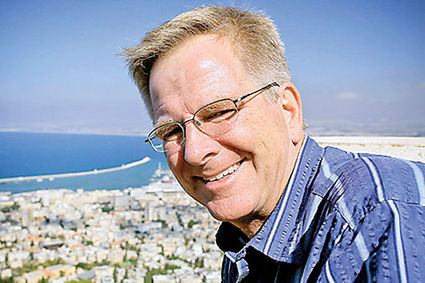 "We are contacting all travelers booked on these tours and will provide 100% refunds within two weeks, in compliance with the law," Steves wrote Monday on his website.

Steves acted after the Centers for Disease Control issued a level 3 warning to that country, calling for travelers to avoid nonessential travel due to widespread community transmission.

"I mean, my first reaction is, well that's a heartbreak for all the people who had these long-laid plans for a beautiful vacation in Italy," Steves told the Beacon. "I feel really bad about that. I feel bad about leaving our hotels without anybody there. I feel really bad about our guides that just lost that employment. And I'm not really very happy about losing the profit that comes with that."

Steves said that not doing anything risky is part of being a responsible business.

"We're just taking it a week at a time. My hope and my expectation, if I could be positive, is that it will ebb, it'll settle down, and people will be traveling in a month or so. I mean, it could dissipate or it could get worse. Do we all hunker down and stay at home and end up just wearing masks? I hope not. But we don't know what's down the road."

Those who have signed up for Steves' tours to Italy will not be losing money that they have already paid.

"We have a savvy, resilient clientele," he said. "And when something that terrible happens, like terrorism, certain tour companies take a huge hit because their customers are more likely people whose worldview is shaped by commercial TV news, which has to make a crisis out of things so they can make money on their advertising.

"We have a little more of a reasonable grip on things than that. And so to our travelers, it doesn't mean we're already foolhardy or reckless. It just means we're not going to be panicky. So up until now, everybody is still holding tight. They want to go, we want to go. We've told them, we've just sent out a communication to everybody that it's a situation that's unfolding and nobody knows what it's going to be like in 10 days.

"We have reassured them that if we have to cancel, we're going to take the hit. Nobody's going to lose any money except for us."

Steves, who has been in business for more than 30 years, said he has 26,000 people signed up for European tours this summer. Steves himself spends four months of the year in Europe, in April, May, June, and July.

Steves said he is in a holding pattern, but tries to keep things in perspective.

"I don't want to be defensive about it because it just kind of reeks that, oh, he's just trying to protect his business. But 6,000 or 10,000 people in the United States die every year from the flu, and we don't even notice it. And we don't even take our shots.

"And and now we might have a handful of people dying from this and we don't know where it's going to go. But at this point, it's not like everybody – run for cover. The sort of unnerving thing about this is we just don't know. I mean, frankly, I'm surprised we haven't had a huge pandemic up to this point when you think of climate change and you think of diseases from the tropical world that are creeping north with a warming climate."