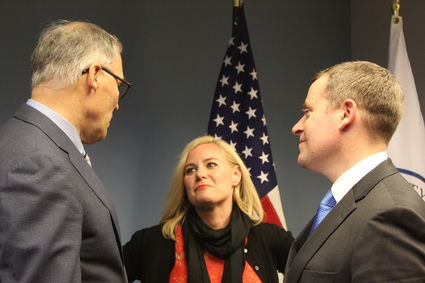 Gov. Jay Inslee paid a quick visit to the office of Edmonds Mayor Mike Nelson on Friday, Feb. 14, discussing Highway 99, the marsh and other issues important to the near future of the city.

The meeting was Inslee's first stop in Edmonds in some time, as he did not visit with former Mayor Dave Earling during his eight-year tenure, which ended last year. Inslee and Nelson are both Democrats, while Earling is a Republican.

Inslee was a candidate in t...