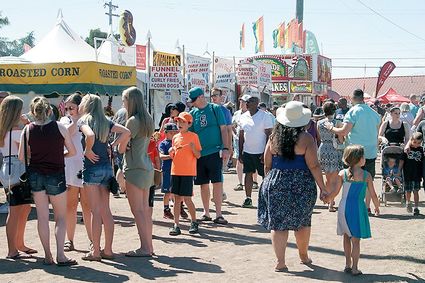 Nurses and technical and service caregivers at Swedish of Edmonds walk a picket line Wednesday morning, Jan. 29, after going on strike the day before. The caregivers of SEIU Healthcare 1199NW at Swedish Medical Center plan to continue to strike and picket through Jan. 31. They are protesting what they say are unfair labor practices and patient safety issues caused by company management. The strike involves nearly 8,000 employees, including those at Swedish Edmonds on 76th Avenue West.

Taste Edmonds will have a smaller bite in August as it moves to the Frances Anderson Center But it's only a one-time move, as the Edmonds Chamber of Commerce, which sponsors and funds the annual Taste Edmonds, says the plan is to move back to its longtime location in 2021.

Chamber CEO and President Greg Urban announced Feb. 23, during its annual membership meeting, that this year's event will be held at the Frances Anderson Center.

The move is necessary as the City of Edmonds is scheduled to begin work this spring on the construction of the new Civic Park, whose downtown location has hosted the Taste for many years.

"We're getting creative with our planning. We're in a much smaller space, so we are essentially distilling Taste down to a good bang for the buck with good energy," Chamber Communications and Program manager Alica Moreno said during the meeting at the Edmonds Yacht Club.

That's important, as the Taste is the chamber's biggest fundraiser of the year.

There will be only one stage for music and other entertainment – where in past years there have been as many as three – and 12 food trucks.

"The big bands that everyone expects, the ones they rock out to, will be there," Moreno said. Urban said three-quarters of the bands coming to the Taste have been booked.

The smaller venue also means fewer places to taste, as there will be only 12 food trucks.

"It'll be a different experience," Moreno said, "but we're hoping it will keep the heart of Taste Edmonds that everyone expects and loves."

In another development, Urban announced the July 4 fireworks show, also held at Civic Park, will move to a barge over the water this summer, with a possible viewing area along the Sunset Avenue bluff.

The chamber's second annual survey of its members (67 responded) – which ranked its events in order of importance and quality – showed that all events increased their scores. 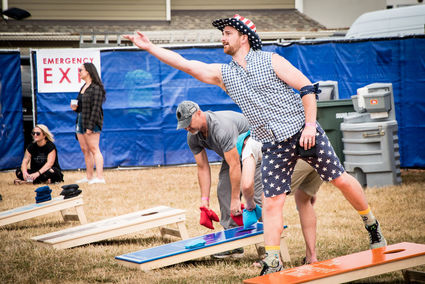 Cornhole will be back at Taste Edmonds, this year to be held at the Frances Anderson Center.