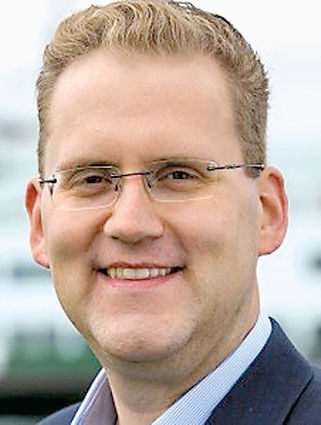 "Every voice needs to be heard to maintain a strong democracy," said Liias. "Getting more young people engaged in our democracy is critical to reaching this goal. While other states are installing unfair and unnecessary barriers to voting, here in Washington we are working hard to remove barriers and empower voter participation for everyone." [Link to MP3 audio file]

During the 2018 legislative session, Washington lawmakers enacted automatic voter registration for those 18 years and older as well as a law allowing 16- and 17-year-olds to pre-register to vote. However, the youth pre-registration is an opt-in process.

The VOTE Act will change that to an opt-out process, making registration automatic unless they choose to not register. It will also allow young voters to vote in primary elections if they will turn 18 and are otherwise eligible to vote before the next general election, which had previously been permitted for the presidential caucuses before the adoption of the presidential primary law in 2019.

The legislation attempts to address voting barriers facing younger adults such as frequently changing their address, becoming eligible right after an election, and limits on voter registration access on college campuses.

The VOTE Act creates "Voter Empowerment Centers" at the state's public four-year colleges and universities. These voter empowerment centers will make it easier for college students to cast their ballots if they have last-minute challenges that would otherwise be a barrier to voting.

For example, the empowerment center can help an individual take advantage of the state's new same-day voter registration law in the final days before the election as well as ballot printing.

"A strong democracy is one that gets as many eligible voters to participate as possible - and that includes young people," said Danny Villars, field director at the Washington Bus and member of the Washington Voting Justice Coalition.

"For students balancing a big life transition, course loads, jobs and other commitments, finding a drop box or voting center near them can get complicated. On-campus Engagement Centers will help students get voting on their schedules and make their voices heard."

The 2020 legislative session is scheduled to adjourn for the year on March 12.