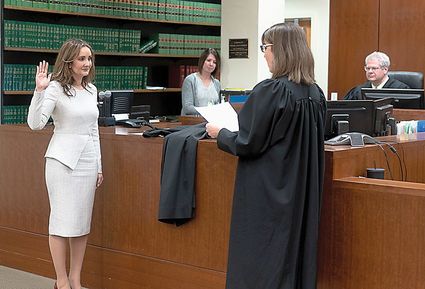 Judge Anna Alexander is sworn in by her school classmate, Judge Amy Kaestner.

Judge Anna Alexander was sworn in Dec. 5 to the Snohomish County Superior Court. Alexander was the youngest woman ever admitted to the University of Washington School of Law at age 19, and practiced in a variety of law areas before taking the bench.

Alexander and her family emigrated from the former Soviet Union in 1988 and established residency in Washington state.

Alexander has lived in Snohomish County with her family for 20 years, living with her husband and children in the Edmonds area.

"The role of Judge is an incredibly important office, integral to a civilized society," Alexander...