The loose end: An old man teaches his grandchildren about football | Guest View 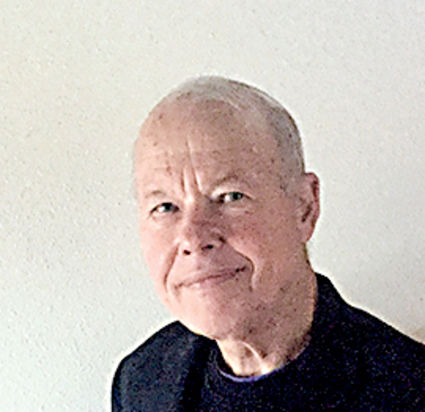 While visiting my daughter Amy, her husband Sean, and their three young children – Owen, Katy, and Jack – I found the children watching a professional football game while their parents were out shopping.

As I entered the TV room, they asked me why there was a tight end but no loose end on the team. I was flattered. I explained that football players (fans, too) became very tense when playing or even watching the game.

Being tense is similar to being uptight; hence the term tight end. I explained that loose ends only play when the game is almost over and the outcome is known.

They must have been impressed with my knowledge of football because they next asked me why an ambulance wasn't called when a player exploded off the line. I wasn't sure what they were referring to, but I ventured an answer.

I told them that not all explosions cause injuries; each year millions of firecrackers are ignited with relatively few hurting people. I was about to tell them where we could buy firecrackers for the next Fourth of July, but I decided their parents might not approve.

I was pleased when my oldest grandson, Owen, demonstrated knowledge of math and symmetry when he noted that football teams have quarterbacks, halfbacks and fullbacks, but no three-quarter backs. I told him that it was probably a matter of economics.

We were really on a roll. I hoped to complete their education before their father, a real football fan, returned. I had no trouble explaining to my granddaughter Katy why football teams had a wide receiver but no narrow receiver.

However I did have some difficulty responding to their question why the police weren't called and why players weren't arrested when illegal formations were called. The best I could do is tell them that the people in the striped shirts were lawyers who were somehow able to negotiate plea bargains.

The children began to pressure me to take them to a football game. I said I would like to, but tickets for the game were very expensive. The children told me that the tickets shouldn't cost that much because the taxpayers had paid for the new football stadium.

Amy and Sean returned home as Jack, the youngest of the three, who is just beginning to learn English grammar, asked me why football had a "read-only" option but no "write-only" option. Judging from the expression on Sean's face, my answer was off the mark. At dinner that night, Amy asked me not teach the children anymore about football.

I assumed that I had covered all the important questions.