Departing Edmonds mayor: 'People need to find a way to work together' 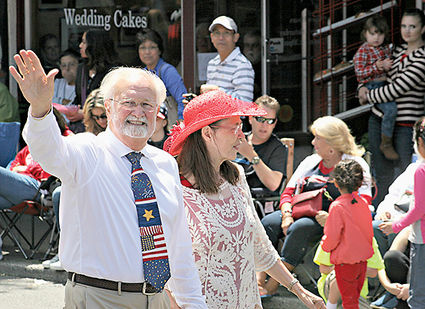 Dave Earling and his wife, Susan, at the annual An Edmonds Kind of 4th.

Editor's note: This is the second of a two-part feature on Edmonds Mayor Dave Earling, whose second term comes to a close at the end of the year. To read part one, go to www.bit.ly/2QeFziX.

Edmonds has always had to be creative in how it generates revenue. There's not much available land for from-the-ground growth, it doesn't appear annexation of Esperance is coming anytime soon, and the city's greatest asset – its Puget Sound views – prohibits growth west.

The only way is up.

So when businessman and real estate owner Dave Earling took the city's mayoral seat in late 2011, the oft-disc...