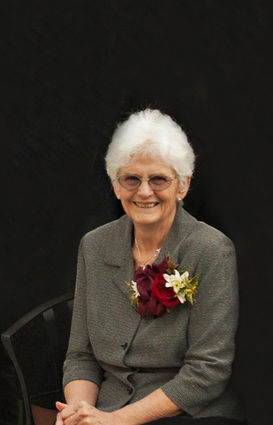 Patricia Kelley passed away on October 15, 2019, in Lynnwood, Washington, after a long struggle with cancer. At her time of passing, she was surrounded by her children and grandchildren, who had lovingly cared for her since entering hospice in August.

Pat was born on May 23, 1936, in Niagara Falls, New York. Pat was the youngest child of Arthur and Emily (Thompson) Ashworth. Her three (3) older brothers preceded her in death: Arthur Jr., Thomas (Tommy), and Edward (Teddy).

In 1941, the family moved to Portland, Oregon, when her father was transferred out to work at a new plant being built by Union Carbide. The family settled in North Portland across the street from the Pier Park pool. They loved Oregon and the outdoors, especially the Oregon Coast. Growing up, the family spent many happy times fishing at the Oregon coast and camping.

She attended the Girls Polytechnic High School, where her favorite class was sewing, graduating in 1954. Mom had lousy luck with husbands – first marrying in 1954 (2 children), in 1959 (5 children), and finally in 1976. She always said that the best outcome of those marriages were her wonderful kids. Mom was our family matriarch, the one solid star in our horizons. She will be dearly missed.

Growing up, there were many happy memories created at the Oregon Coast, camping, and at the family cabin at Mt. St. Helens. Mom was an accomplished homemaker in the early years: sewing, cooking, growing and canning food, gardening, crafting, and creating a beautiful home.

In 1974, with 5 kids at home as a single parent, Mom went back to college. She graduated with honors, earning a Nursing degree from the University of Portland in 1978. Mom would come home from class crying, worrying that she wouldn't be able to cut it as a college student after not being in school for 20 years. Her daughters would tell her to stop crying and get studying, helping her by proof-reading papers and acting as her spell-checkers.

She was a wonderful role model to her young daughters to aim high, persevere, and to never give up. After a short stint at the VA Hospital, she worked for Kaiser Permanente as a RN for 20 years, retiring in 2000.

In 2000, she moved from Brush Prairie, Washington, to Lynnwood, Washington, where she created a beautiful garden and home that was an oasis for her many grandkids. She was active in quilting groups, and loved her dear friends the Janomettes and the ladies of Quilts from the Heart. We worried about her propensity to adopt stray cats, warning her that she was turning into a crazy cat lady, but she did love her cats.

Although Mom couldn't sit down to watch a movie (unless it was a Paul Newman movie), she taught us all how to work hard, be thrifty, and to not be afraid to roll up your sleeves and do it yourself. Mom was a ruthless cribbage player who taught all of her grandkids how to play. She was an accomplished and prolific sewer and quilter, winning prizes for her gorgeous quilts, and sewing all of our clothes when we were young.

Mom was happiest working on a creation. Mom – you created a large, loving, wonderful family who misses you dearly. That was your greatest creation. The 20-plus people at the Thanksgiving and Christmas tables will continue, but we will miss you forever.